I found this console a couple of weeks ago at the usual flea market; usually I don’t look for these items (you need a warehouse to collect all the variants), but I liked it and for 5 euros I decided that it was worth the risk – flea market findings are often cheap but nobody guarantees that what you buy will work. At the end it was working fine.

The Pong arcade game is considered the first successful video game; it was developed by Atari in 1972, inspired in turn by the “Table Tennis” game from the Magnavox Odyssey, the first commercial home video game console.

Many Pong clones were sold in the following years, often called simply “TV Games”: the “console” term wasn’t used to define this new type of electronic game yet.

Many of these “TV Games” were based on the AY-3-8500 integrated circuit from General instruments introduced in 1976 (known as “pong on a chip”), and that’s the reason why often they differ in shape but offer the same games. Output was in black and white, but it could be coloured using a support IC.

General Instruments introduced many variants of this chip, including the AY-3-8610 which this Sportron is based on. 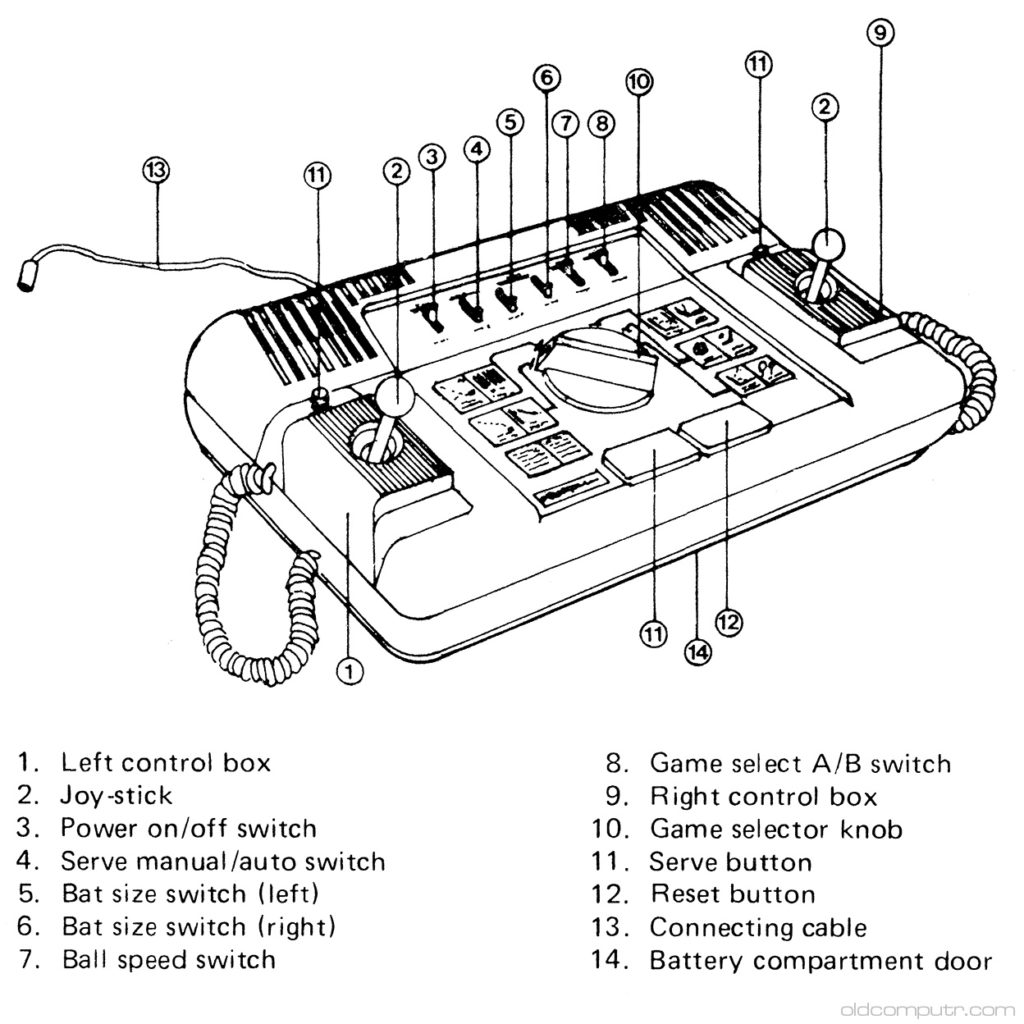 Most of these consoles used two paddles for the games, and a gun/rifle (often to be bought separately) for a couple of “target” games; the Sportron console uses two analog joysticks for all the 10 included games.

The box reports “Licensed by Magnavox”: some Magnavox Odyssey consoles were based on the AY-3-8500 and AY-3-8600 from General Instruments, and probably the Sportron design is based on the Odyssey 4000, which used two joysticks in place of the couple of paddles of the previous models. The “Sportron” text shows the same font of the “Odyssey” name on the Magnavox consoles.

You can see the X- and Y-axis potentiometers in the following picture of one of the joysticks. 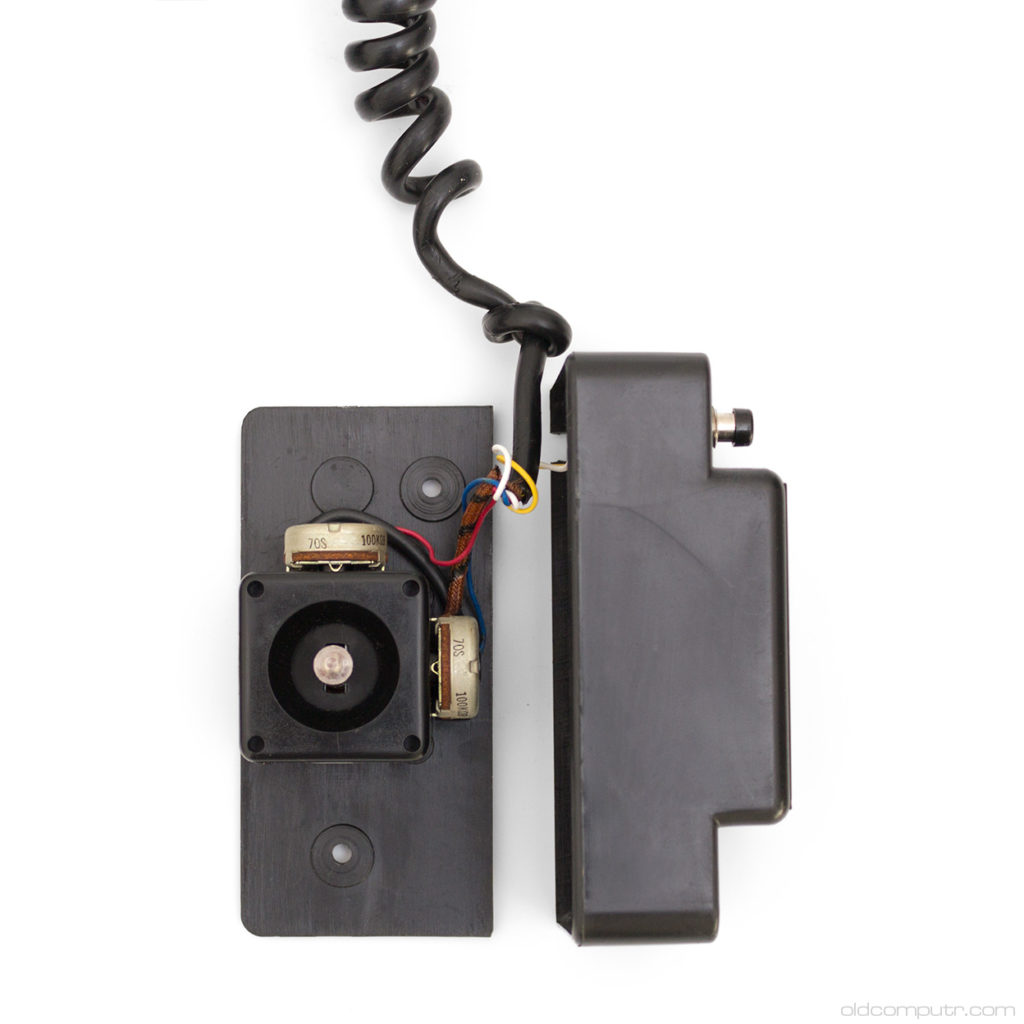 The motherboard is quite simple, and is built around the GI integrated circuit. The audio isn’t sent to the TV through the modulator, but is directly passed to an internal speaker. 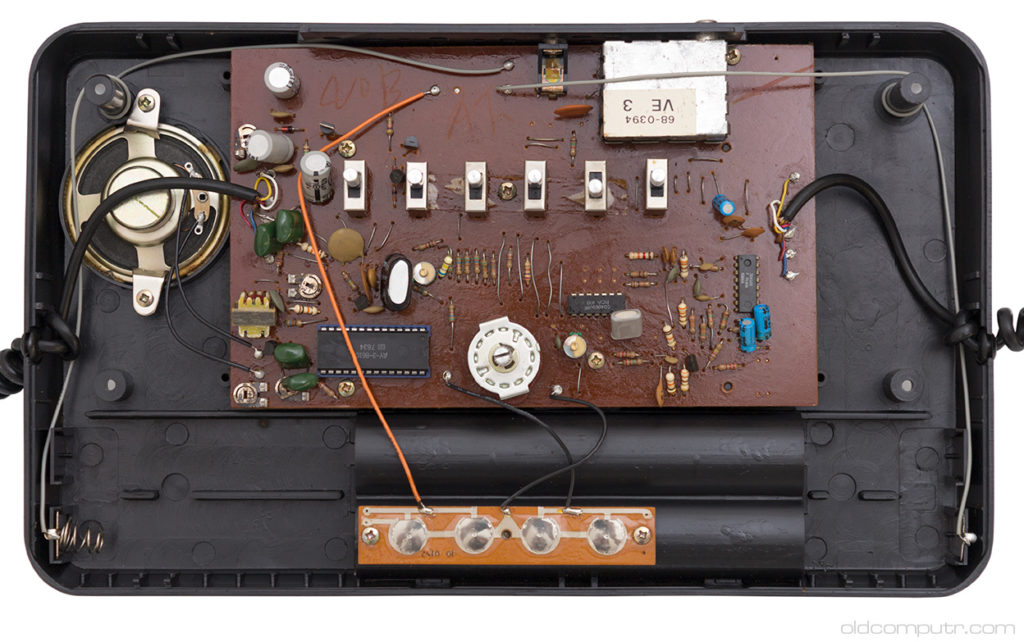 The power can be supplied by six 1.5v batteries or by an external 9v transformer. The battery compartment still held the batteries of the time: the date on the bottom is 79-03, that can be the producion or expiration date. The “GIMINI” catalogue from General Instruments has all the technical information of the different variants of the integrated circuits produced by the company. A PDF version of this book is available for download on this page of the Pong Story site. 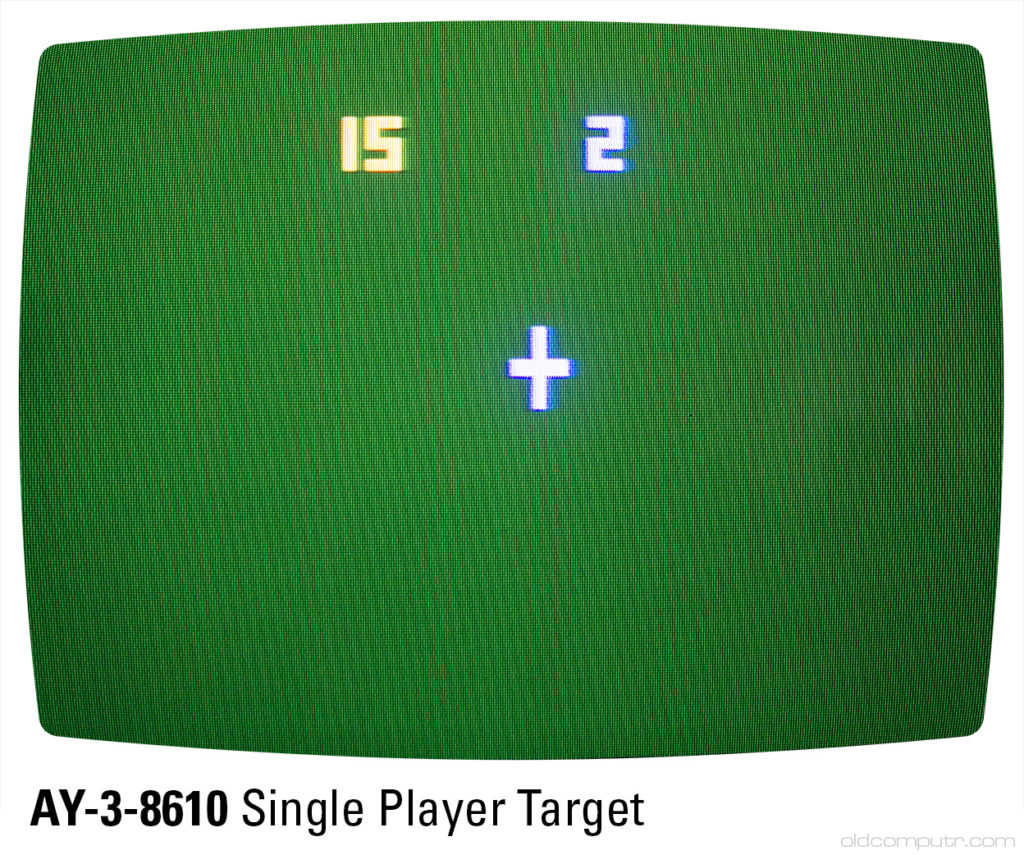 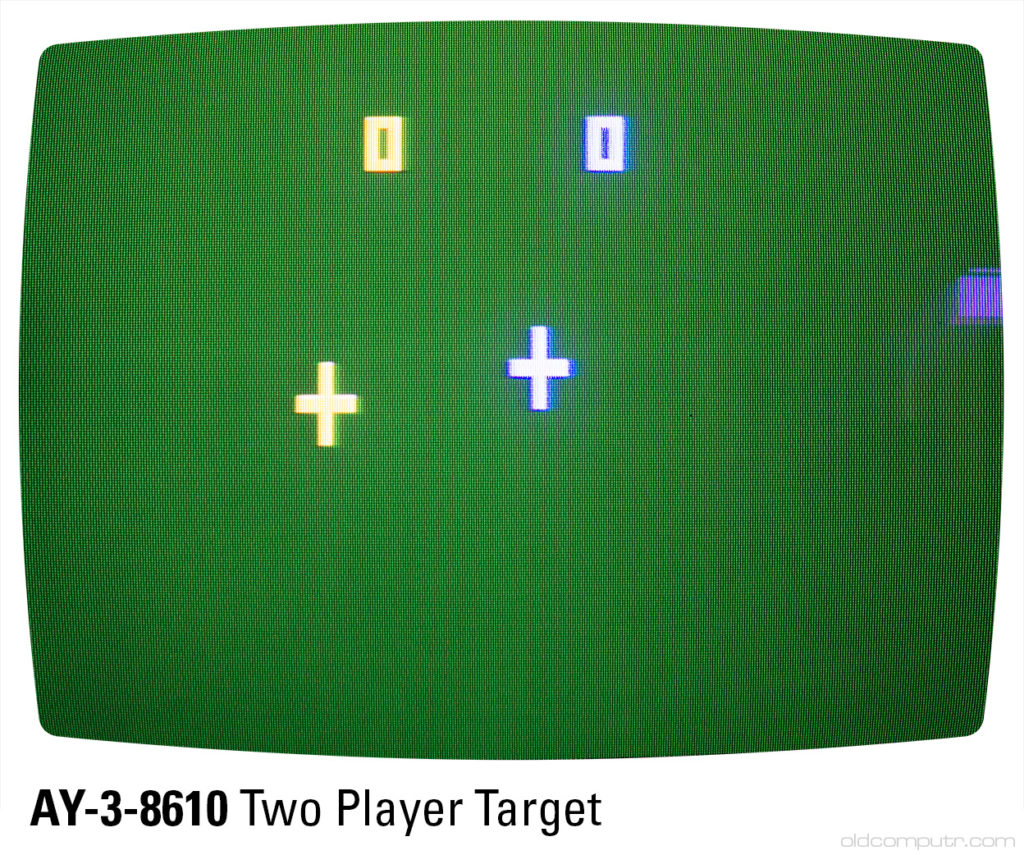 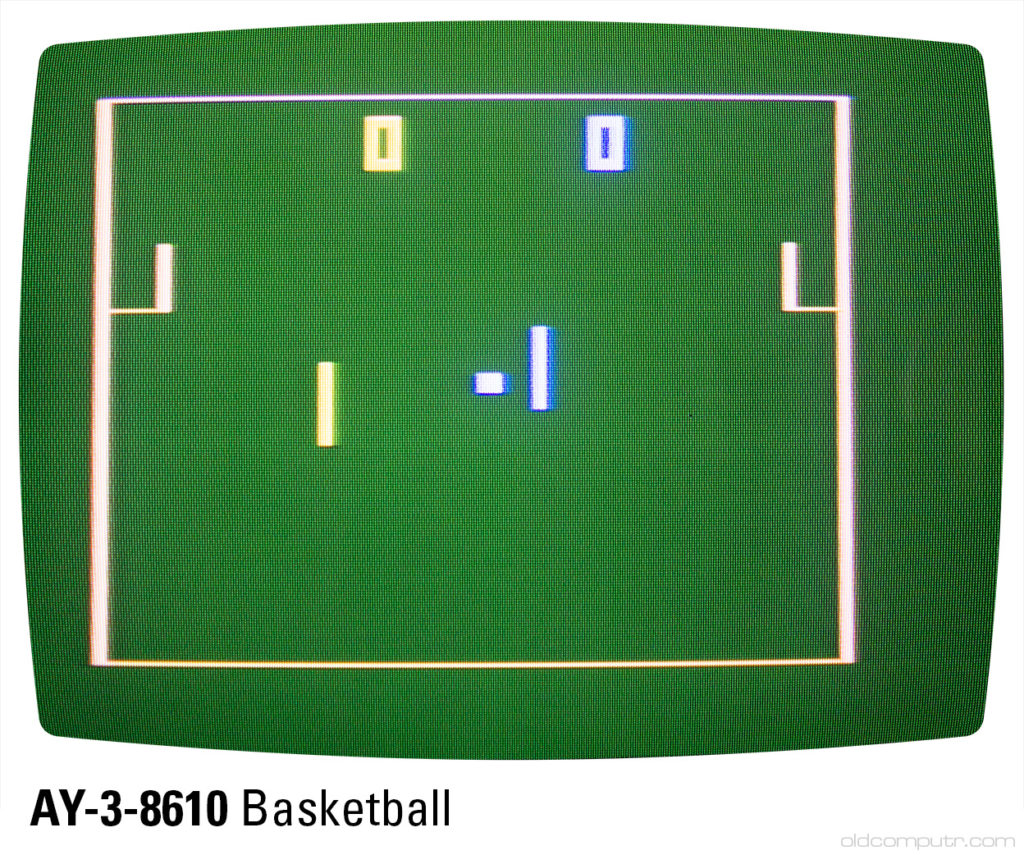 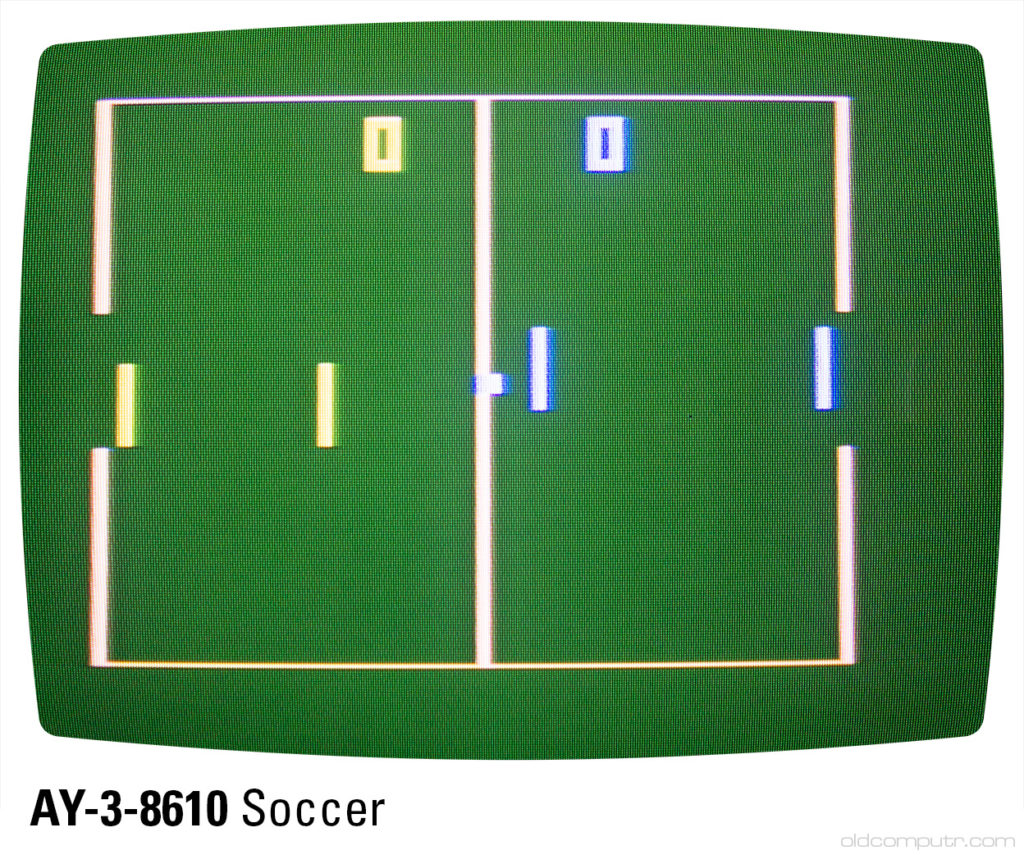 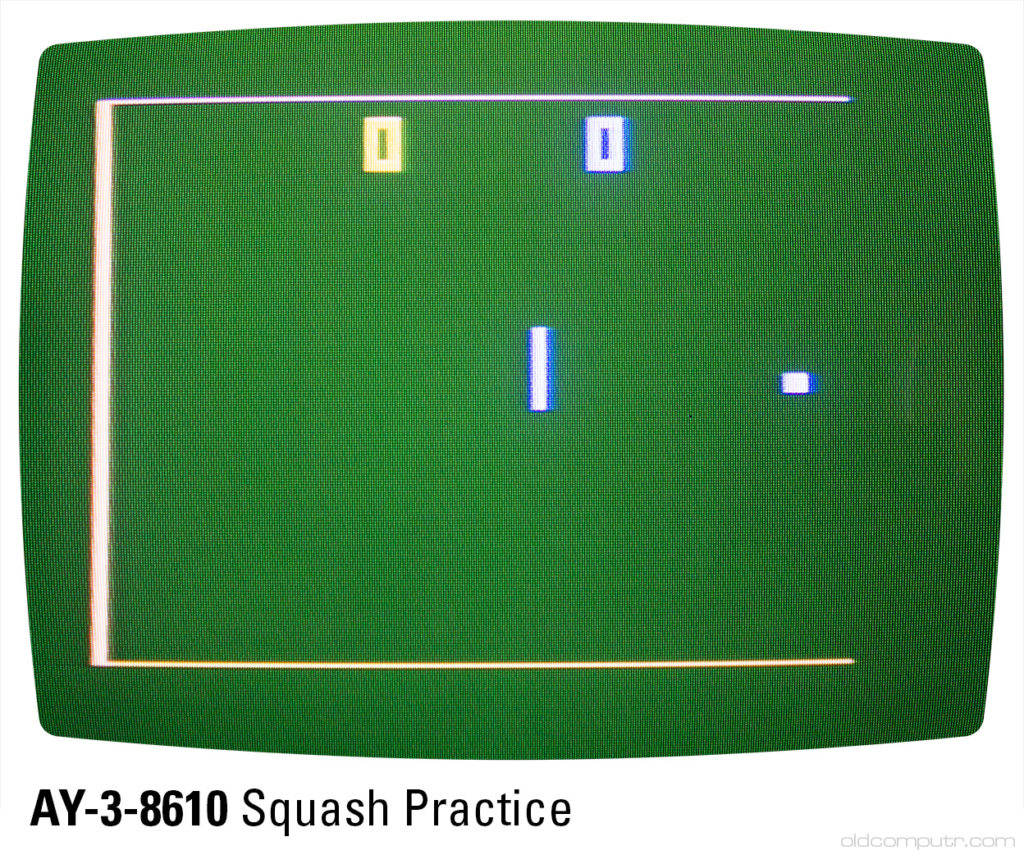 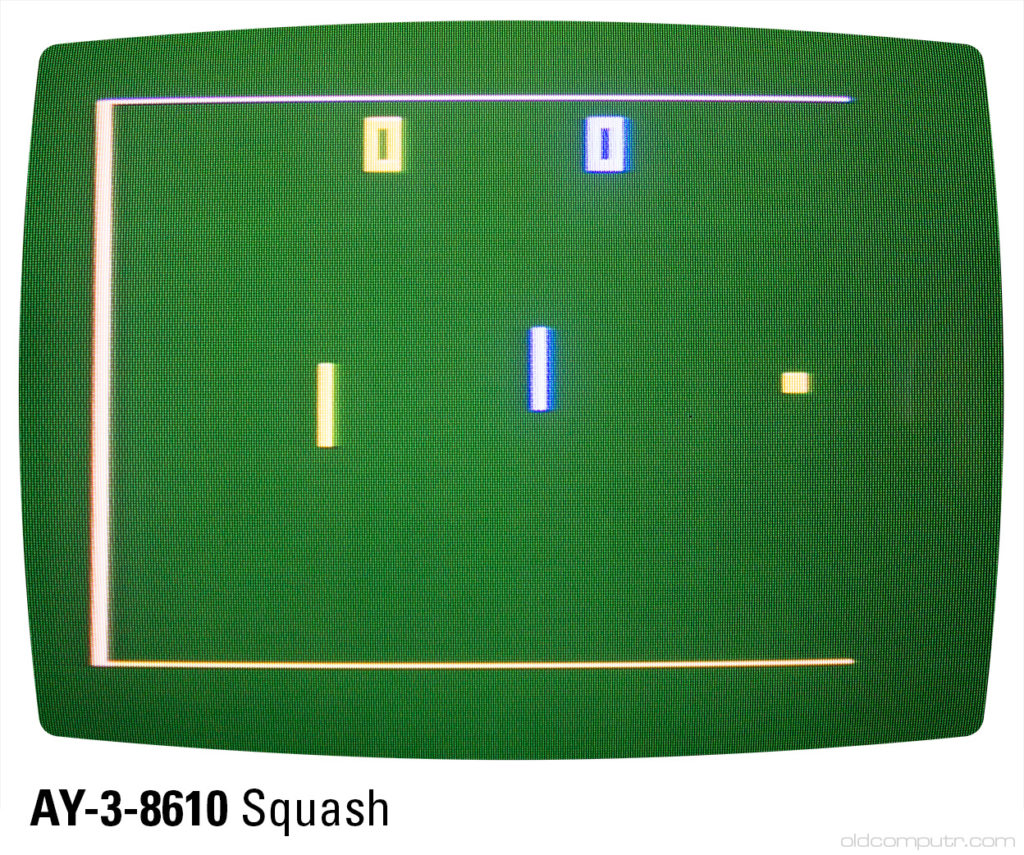 I scanned the manual, and after cleaning all the images from stains and other defects I made two versions: one that has the same layout of the original (a tri fold brochure) e one which is an 8-page booklet. 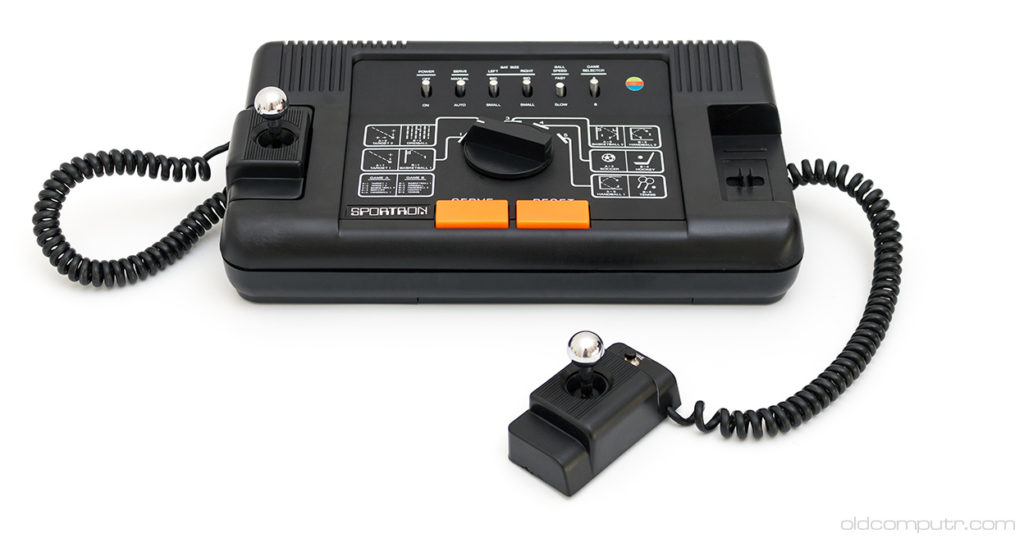