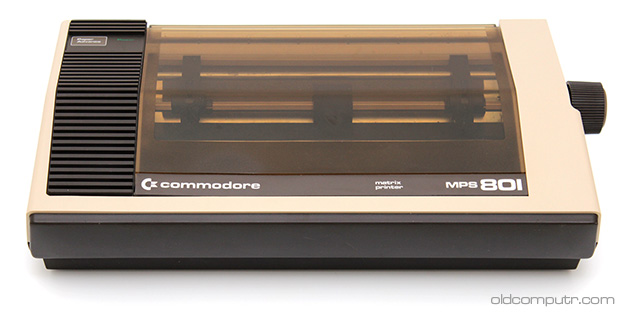 I don’t usually care about printers: they take up precious space (especially the office/business ones), there are tons of models and most of the times they’re just rebranded items.

But there are a few printers that deserve some care, mainly the early ones or those that made us print the first happy birthday card for a friend.

This printer is one of the consumer models for the Commodore home computers, but it was mainly bought by Commodore 64 users. It was a slow unidirectional printer that had an ugly character set, but it could print graphics.

I had this in my basement for ages, wrapped up in film; I brought it in my lab and took it apart to clean it and take some pictures. It was just a bit dusty. Here’s the exploded view:

It was made by Seikosha, that sold different models of this printer in the GP 500 family. The Atari 1029, the Philips VW-0020 for MSX computers, the Amstrad DMP1, they all shared the same mechanics. The Commodore version had its proprietary serial bus on board.

Here’s the rear view of the printer:

The MPS 801 had a passthrough connector and a small selector to choose the device number (4 or 5) or start up the printer in test mode (T). 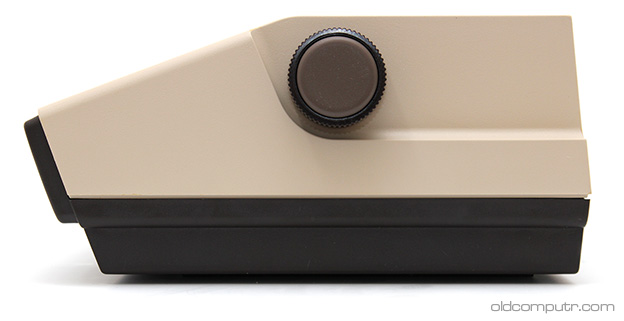 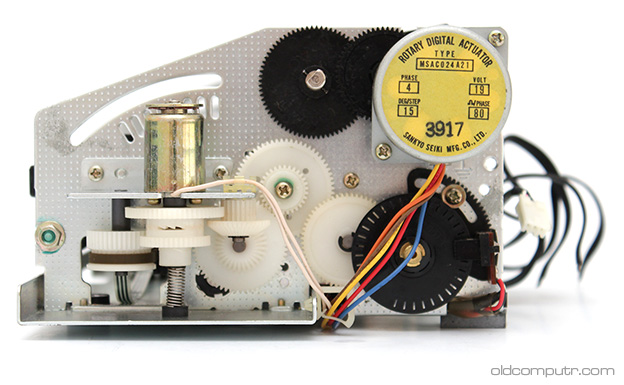 Another couple of shots of the printer: 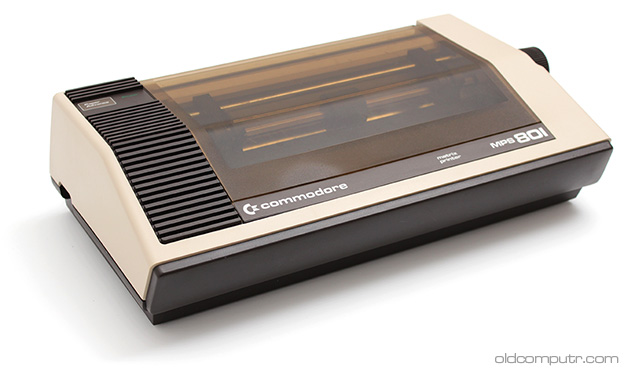 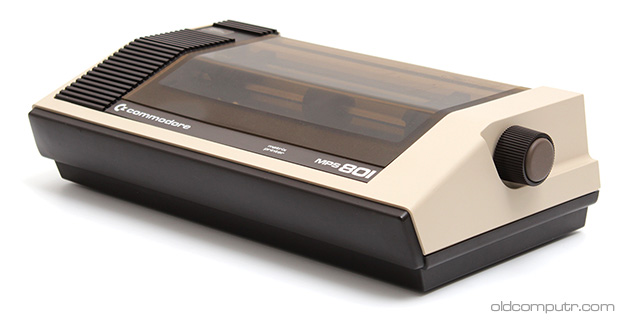 This is what you get by turning on the printer in test mode:

The ribbon for this printer is still available, i found it on Amazon. 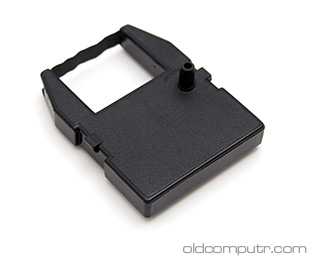 Back in the days, when for the cost of a new ribbon you could buy a dozen of floppy disks, we used to “reink” the cartridge, as people do with some modern ink-jet printers. 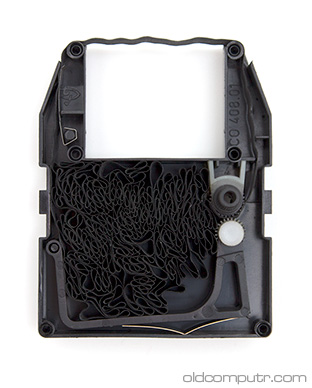 A short video to close the article: