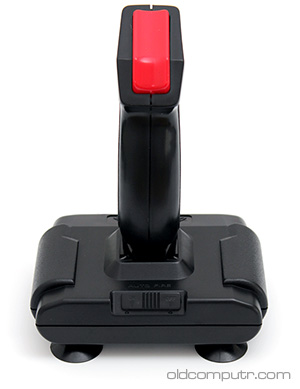 I remember Spectravideo mainly for its joysticks, even if the company started its business in the early eighties by producing games for the Atari 2600 and other systems, and then selling computers. In this post I pay my tribute to one of the most known joysticks, the QuickShot II.

In order to separate the handle from the base I unsoldered the cable that passes through the handle to connect the two firing buttons.

The model number of this product is 318-102, as printed on the board and on the base. 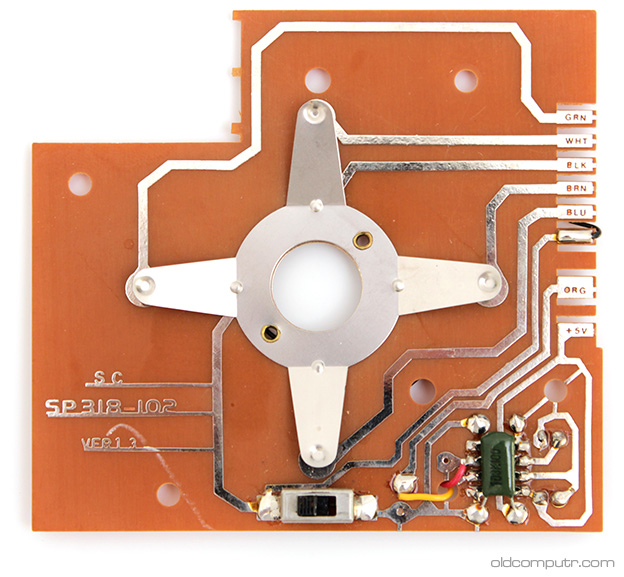 The cables aren’t soldered, and the colors are marked on every connection; I usually take some pictures with my cell phone as a reminder to correctly reconnect all the cables, but this time I didn’t need to. The small circuit (there’s an IC on the other side, too) is used to run the auto fire.

Here’s a scan of the promotional leaflet: 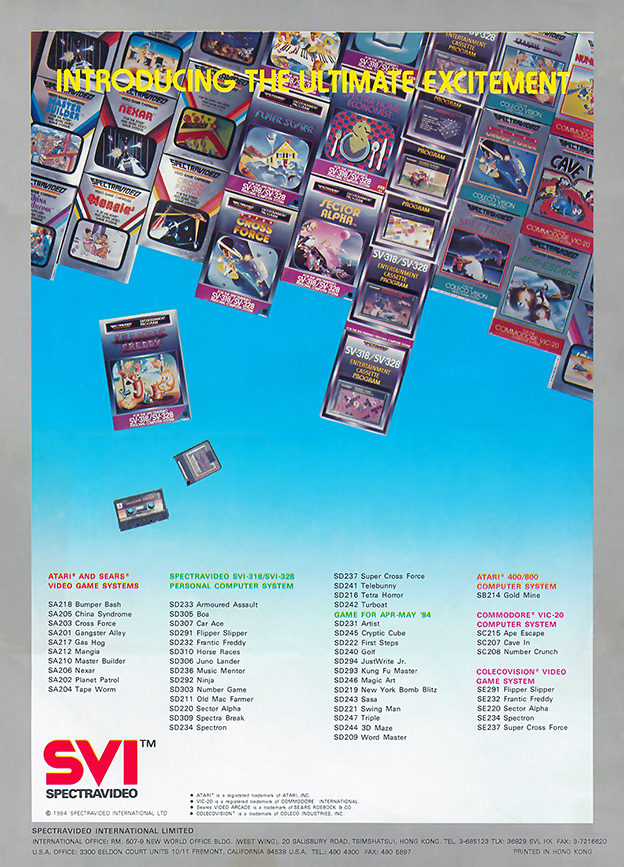 A common feature of the joysticks of that period was the presence of four suction cups on the base, to keep it in position on the desk. The contoured handle was advertised as an advantage over competing products. The leaflet says “new improved grid” but it’s a typo: the phrase on the retail box is “new improved grip” that makes more sense.

I preferred the joysticks with a button on the base, I managed to be more precise… for years I used the sturdy one from the Atari 2600 that my parents bought me when I was a kid. 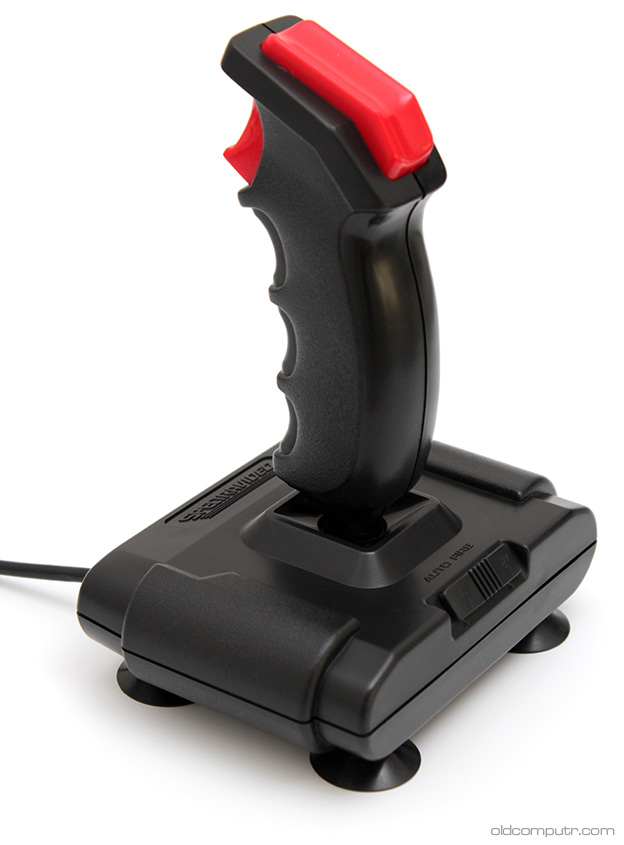